So you want to be a Snowbird Ski Patroller...

Learn the skills and requirements it takes to become a Snowbird Ski Patroller and the common misconceptions about the job.

Here is How: It Starts Now.

The five o’clock alarm rings into the cold air. Grab a strong cup of coffee, because it’s time to hit the trails, mitigate avalanches, and save some lives – all in a day’s work as a Snowbird ski patroller.

As kids, some dream of becoming firefighters, princesses or police officers, but those lucky enough to live near snow-covered hills were often wont to imagine their future selves as ski patrollers. After all, don’t you deserve to have an office at 11,000 feet, which overlooks the most fantastic skiable terrain in the West?

Land your winter dream job and make that childhood dream a reality with this handy how-to with help from Snowbird’s Ski Patrol Director Brian Buse.

“We ask people to come in the season before they apply to shadow the ski patrol crew for at least a few days,” Buse says. It’s a time for applicants, and Buse and other patrollers to see if it would be a good fit for the team. “That is a big step forward,” Buse adds, “Getting this job requires some persistence because a lot of really good people apply.” To shadow ski patrol during the season, contact Snowbird Human Resources.

No offense – many a patroller once held an affinity for riding. To carry a toboggan over the flats or romp uphill on an avalanche route, skis are simply more functional. By extension, they’re mandatory for Snowbird patrollers.

While newbies need not apply, Buse says that applicants don’t have to be X-Games gold-medal winners either. It doesn’t have to be pretty, but being able to ski a solid line throughout the Snowbird terrain (which, admittedly, can be advanced), is enough. What’s more, patrollers are expected to ski with heavy loads on their shoulders, with no poles.

A strong work ethic is one of the most important qualities a candidate (there are often dozens per year during a very short application period) must have, Buse says. Early mornings, traversing the mountain in sometimes extreme conditions, responding to emergency situations swiftly, and all with a positive attitude – needless to say, it’s a demanding job.

“Ski patrol is dominated by Type A personalities,” Buse says, “and these type of people are the strong opinionated people you actually want on your side during a rescue situation.” Snowbird ski patrollers are capable of being leaders on their own but are also great at working in a group environment. Applicants must mesh well with the Snowbird ski patrol culture, so it can run like a well-oiled machine.

If you get the job, you'll get your red cross on the first day, but you won’t be going anywhere on your own to start. There are hundreds of location names and avalanche route numbers to memorize, and there is the need to shadow more experienced first responders during emergency situations. Think of it like Luke Skywalker training with Yoda. After your supervisor checks off all the boxes on your checklist, you join the ranks of Snowbird’s 50 full-time patrollers. “It’s a great place to be,” Buse says. “I kind of look at it as a family.

In fact, most of the Snowbird ski patroller’s avalanche training happens on the job. Quite the opposite of taking an avalanche safety course, where a snow recreationist learns how to avoid avalanche terrain up-and-coming patrollers at Snowbird learn how to make avalanches to clear terrain. While on the job, members of the trail crew will undergo transceiver drills and rescue scenarios before they are allowed to become a patroller.

It’s for the love of the snow, maaaan.

OK, that’s actually true, and it’s the best part of the job. But there’s a caveat, as Buse describes. “It may seem like fun – and it really can be – but you need to ski with your head on a swivel. You are always looking for hazards, guests who need help or who are injured, downed rope lines and more.

*This article was originally written by Austen Diamond for the 2017-18 Issue of The Bird Magazine, updated with 20-21 information. 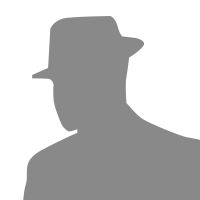